Promising Young Woman is a 2020 black comedy, thriller film written, produced and directed by Emerald Fennell in her feature directorial debut. It stars Carey Mulligan as a young woman haunted by a traumatic past as she navigates balancing forgiveness and vengeance.

The explicit ideology and themes throughout the narrative of this film text are Toxic Masculinity and Gender. 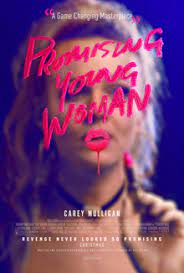