The Audience Consumption & Reception refers to the following; 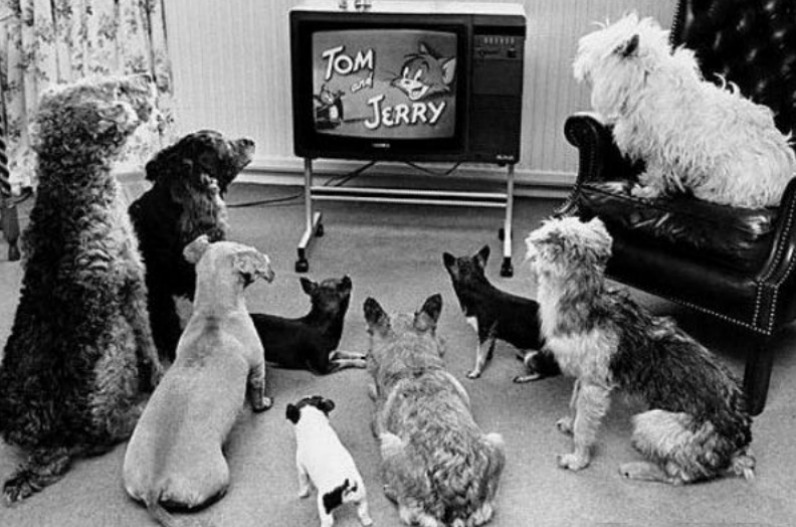 There are generally two ways of understanding the term ‘receiving a text’. The first way suggests that the way you physically receive the text, in other words where you are, the conditions under which you are watching etc, will impact upon how you understand and engage with that text. For example, most students will watch a film in Media in a classroom on hard chairs, with a bell interrupting them at some point. This is quite a different experience to watching it in an climate controlled cinema with plush seating and no interruptions. This also goes for watching a film on your iPad or laptop. Films just aren’t made for that type of viewing.

The second way to explain it is a bit more complex. It suggests that audiences will understand a text based on not only the physical reception, but also on a cultural and social level. So that means that depending on your culture, the society you live in, your understanding of codes and conventions (which are culturally based) and other socializing factors, can determine the level on which you engage with the text. A good example of this is watching a Bollywood film. Unless you understand the highly complex codes and conventions of a Bollywood feature, most of the narrative will be lost on you.

Audiences consume narrative texts by watching them. That’s pretty easy to understand. But the next question is how do they receive them? Ideally, an audience would view (or consume) a text in a darkened cinema, with surround sound and a comfortable chair. This is how we are meant to watch a film, or at least how the director and producer of the film would like you to see it. Many of their cinematic and artistic decisions about what shots to use or where to position the camera would have been based on the end product being screened in a cinema with an amazing sound system and a huge widescreen.

• The relationships between a text, its audiences, its consumption and reception, including how audiences read and are engaged by fictional narratives

In summary, understanding this dot point requires you to think laterally, not just literally. All four of those components – text, audiences, consumption and reception – are interconnected and circular. On top of that is the concept of reading a text and being engaged by it. Much of this you already know because you already do it and have been ‘reading, consuming and receiving’ texts pretty much your whole life. But when you study our two texts in class, you have to be conscious of this additional layer on top as it determines how you approach responding to the texts.

Psychographic: Their likes, Dislikes, Hobbies, thoughts on things, social media use, Who you hang out with, Buying trends, are they confident, social, leader, follower, trend setter, social currency is important or not, self worth, body image identification, do they fit in or not, how they see themselves compared to others, where they fit within the social setting, any stereotypes attached to their representation?

My target audience are young women and men aged 17-30, predominately from Melbourne as well as surrounding suburbs. I aim to direct my magazine towards individuals who take pride in fashion, both physically wearing clothing and/or admiring different fashion styles. These individuals will possess a creative mindset, in turn giving them a drive to ‘stand out’ from their peers. The purpose of my magazine it to both inspire and allow my audience to believe they have the potential to be featured within the pages of my magazine. Furthermore, my audience will possess an interest in local fashion which aligns with seasonal changes, as well as global fashion which reflects diversity. My target audience upon observing my narrative will swiftly develop a ‘big heart’, and in response a great sense of acceptance for the wider community, as well as themselves. They would have a generous understanding of self-worth and self-acceptance. In addition, my magazine will not limit to people who are confident, but also to those who are lacking and wish to achieve self-worth and gratitude.

My target audience are people who are frequent users of social media, thus spending approximately 30% of their day to visit different social media platforms. These people will not only be viewing content, yet will often post photos due to their confident personality. They would predominantly use Instagram where they would follow accounts which are inspiring. It would reveal a sequence to variations of fashion, where my target audience would gain knowledge and reflect it into their fashion to convey feelings of being trendy. These individuals would follow influencers like Kendall Jenner, where they would engage with the fashion she posts on her Instagram. Her ideologies reflect her fashion as she doesn’t only inhabit one style of fashion, whereas her accounts broadcast multiple styles that show the latest trend within societies: thus, displaying her skilled diversity amongst fashion styles. My target audience would buy clothing on a regular basis to keep up to date with trends. Although some individuals may not feel it necessary to purchase fashion garments, instead they are happy with appreciating impressive fashion as a whole.

My target audience would be the people that are frequent visitors to their local cafes, but also enjoy going out at night to a place that is ‘trendy’ with friends and family where they are able to dress up for the night. These people would be often seen in shopping centres and street shopping on Collins street in Melbourne. In addition, my target audience would shop both in-store and online, as well as have an interest in buying vintage luxury brands such as vintage Gucci glasses or a vintage Burberry scarf.

My desired target audience are strong willed leaders whom aren’t afraid to speak out in regard to controversial topics. They are satisfied through acknowledging themselves as inspiring to others, whilst refraining from being a follower.  These people are referred to as extroverts. Therefore, they are commonly located amongst social gatherings, being themselves whilst conveying feelings of confidence. They have distinctive characteristics which align with the fashion choses they adopt in regards to constructing unique outfits.

Q1. (3 marks)
Describe the relationship between audience engagement and the construction of media narratives.

All media products are designed and created with an audience in mind. The creators of the media product understand the demographics of their audience and how they can impact them using the appropriate media code and conventions when creating their narrative. Thorough research goes into the audience before the media product is created and circulated in society. The creators take the following into account;
• Previous readings of the media product
• Audience physical context
• Audience emotional engagement
• Reception at the time of the media products’ release
• Audience expectations and possibilities
• How audiences are influenced by the conventions
• How audiences read (understand) and engaged by fictional narratives.
Media narratives are interpreted by audiences in a variety of ways, therefore it is important for the creators to consider these dot points in the Development, Pre Production and Post Production phases.

Question: How may an audience construct meaning in a media narrative?
-2 marks-

Audiences come to a media narrative with a number of expectations based on their previous reception and engagement with a text and storyline. Audiences may be able to construct meaning based on their previous interaction with specific genres where the narrative is expected to follow a similar story arc. Audiences will also require expectations to be met. They will have an understanding based on the genre how they want to construct the narrative and what they wish to take away from it.

Media narratives present versions of the world through the process of combining a cause and effect relationship between events and characters. When an audience is consuming and connecting with a media product, they are subconsciously identifying with the narrative based on the ideologies of that society and time period. Creators of media will spend time, prior to the construction of the media product, researching the ideologies and social beliefs of the society, in order to most effectively connect with their target audience. Narratives are constructed in specific time period in which the target audience can relate to, or may have prior knowledge of. This will in turn, ensure that the narrative is understood by the audience it was intended for.

Describe the relationship between audience engagement and the construction of media narratives.
- 3 marks -

The development of media products keep in mind the desired audience when created. The creators of the media product have a deep level of knowledge of their audience and as a result are aware of the impact their use of codes and conventions will have. In order to first understand the desired audience thorough research is created based on the topics of previous readings of the media product, audience emotional engagement and audience expectations and possibilities. Media narratives despite targeting particular audiences are interpreted in a variety of ways. Therefore it is important for creators to understand their audience and their research in all areas of production.

Written, symbolic and audio effects can significantly enhance the narrative in all media texts and products. Producers of media employ various code and conventions to engage audiences and help them identify with the narrative within the production.
Creating media products is an art form. To capture an audience and keep them entertained takes an acute awareness of what each code and convention can do to the narrative. Lighting as an example can enhance the mood and place emphasis on particular objects or characters, promoting the genre to the audience. By knowing how and when to use the narrative conventions will encourage the success of your audience decoding your intended message.