However, the way people receive the media is changing, instead of mainstream media like newspapers and television, people now get information from the internet; Does this affect the media’s ability to set agendas? 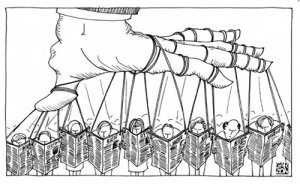 Recent research that would appear to support the Agenda Setting Function Theory includes a recent report in The Medical Journal of Australia by Simon Chapman, Kim McLeod, Melanie Wakefield and Simon Holding. In their report, the researchers identified a phenomenon dubbed ‘The Kylie Effect’ which found a correlation between media reports of Kylie Minogue’s breast cancer scare and an increase in the number of bookings for breast cancer screening tests. As noted at the beginning of the report, this is not a well recorded phenomenon: News stories about health and medicine can precipitate dramatic changes in consumer behaviour. For example, news of health problems related to hormone replacement therapy saw an immediate 58% reduction, and a prolonged 40% reduction, in use of hormone replacement therapy in New Zealand. In 2000, a live, on-air colonoscopy undertaken on a prominent US TV show host saw a sustained 9-month increase in the number of colonoscopies performed by a panel of 400 endoscopists. A TV “soap opera” in England featuring a story about the importance of cervical screening was associated with a 21% increase in women having Pap smear tests.” The research found that a twenty fold increase in the number of breast cancer related articles led to a forty per cent increase in the number of breast cancer screenings during the two weeks of intense media coverage. 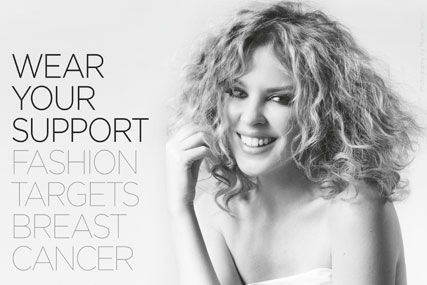 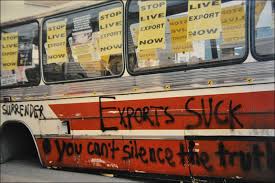 In May, 2011 the ABC’s Four Corners broadcast an episode on the cruel treatment of live Australian cattle exports in Indonesian abattoirs. The episode featured graphic footage of cattle being abused. “Animals smash their heads repeatedly on concrete as they struggle against ropes, take minutes to die in agony after repeated often clumsy cuts to the throat,” notes the Four Corners website. “In some cases there is abject and horrifying cruelty – kicking, hitting, eye-gouging and tail-breaking – as workers try to force the cattle to go into the slaughter boxes installed by the Australian industry, with Australian Government support.” In the weeks following the episode, the Australian Meat Industry Council reported a 10 to 15 percent drop in meat sales. This incident would appear to support the Agenda Setting Function Theory. People weren’t told what to think but they were told what to think about and this awareness of animal cruelty influenced consumer behaviour.