By the end of this area of study you should be able to Explore, analyse, record, document, develop skills and evaluate these dot points.

The stages in the media production process are:

Development: the ideas, intention, narrative and audience that are the foundation of the production are
explored. In this stage other media products are investigated to analyse media codes and conventions, genre, style
and the location, context and time when the production was produced. Equipment, materials and technologies
are investigated in a range of media forms in relation to the audience and intention. Experiments using materials,
equipment and technologies are conducted to develop understanding of and skill in their use.

Pre-production: the production is planned considering the specified audience, intention, narrative and context.
The construction of the narrative of the product is planned, including how it will engage, be consumed and read by
the specified audience. Media codes and conventions, genre and style, are considered in the construction of the
narrative. Documentation and the planning of the production are carried out in visual and written form using tools
such as production notes and storyboards. Equipment, technologies and materials to be used in the production are
documented. The way the product will be distributed to the audience and the context in which it will be distributed
and consumed is also planned.

Post-production: the production is refined and resolved considering the intention, audience and the construction
of narrative. Media codes and conventions are used to resolve ideas and to consider the engagement, consumption
and reception of the specified audience. Specific equipment and technologies are used in editing. Feedback is
sought and the creator and participant will reflect upon the product and its relationship to the specified audience
and intent.

Distribution: the product is delivered to the specified audience in a planned context and location. At this
point the creator and/or participants will seek feedback for future productions based on audience response and
personal reflection.

All students complete a FOLIO in two stages. You will be completing the following stages of your folio inside and outside class time. 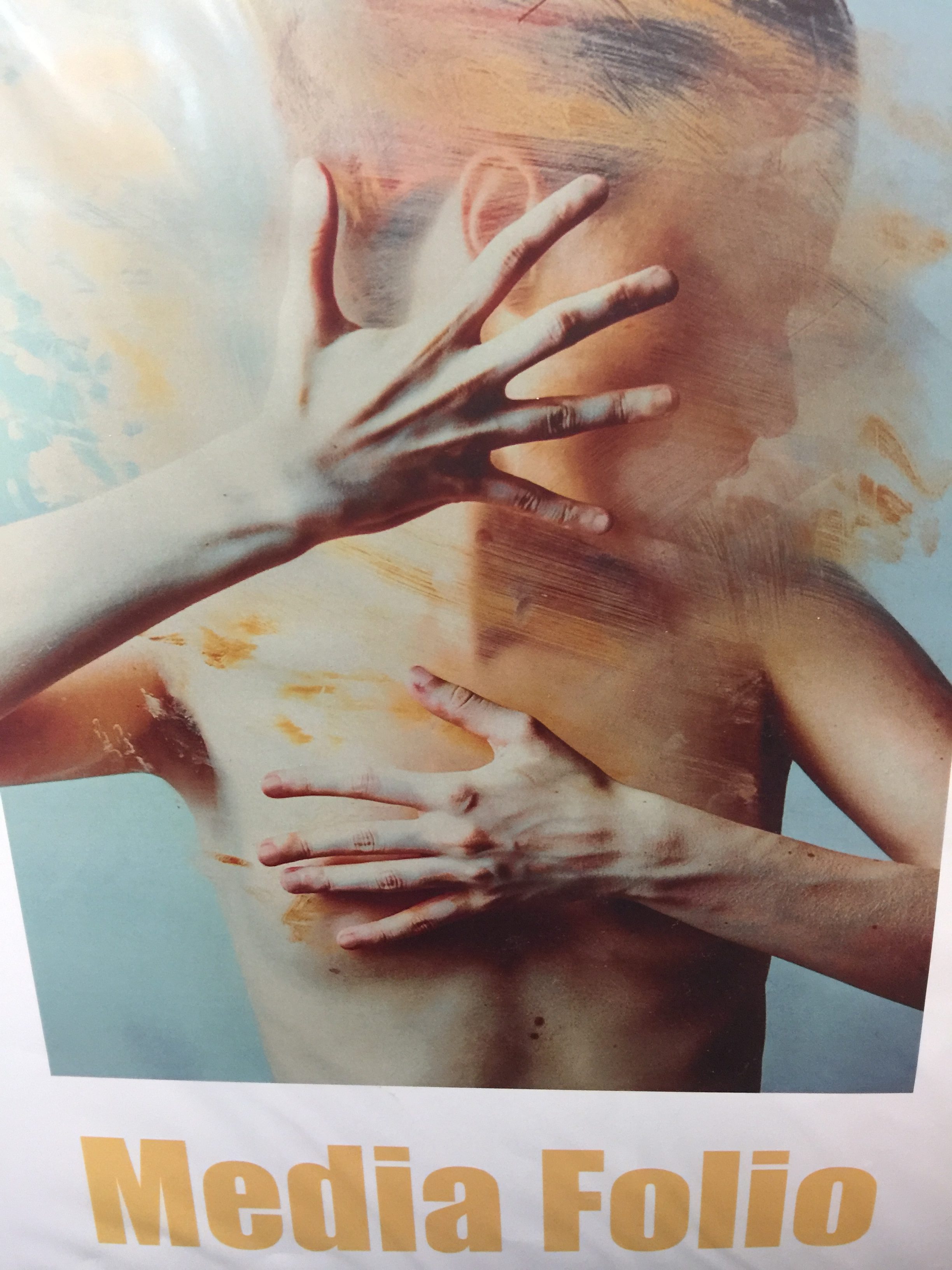 One of the reasons we annotate is to give the assessor an understating of your artistic and creative progress.

Things to include in your annotation:
• What is it?....a moving image, print production, sound production.
• What code or conventions do you see?
• How is the audience engaged and or consumed by what you see?
• Be sure to include media language – Code & Convention Booklet and VCAA Media Study Design. 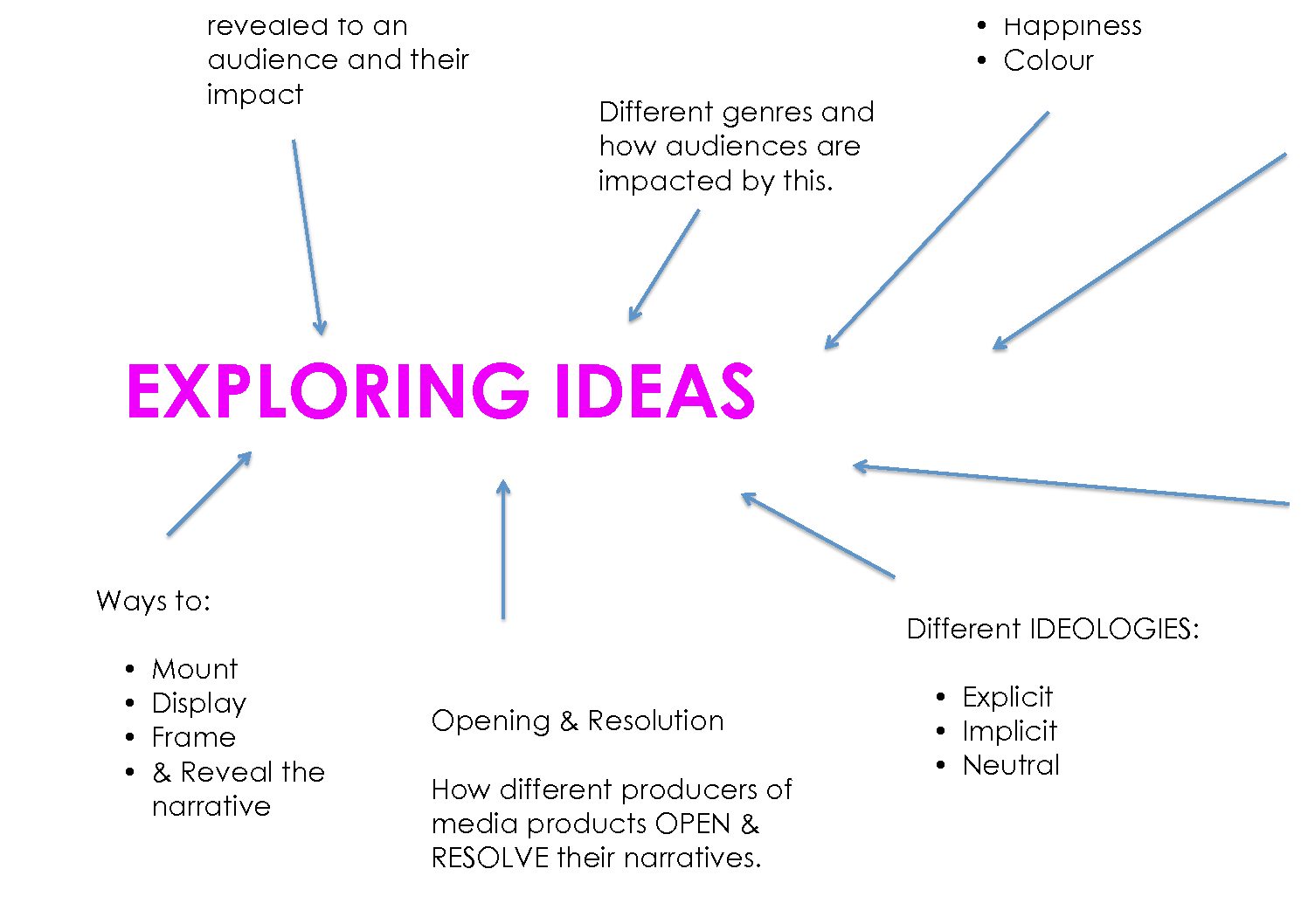 What is white space?
Contrary to the name, white space doesn’t just apply to the color white. Rather it applies to any areas of a design not taken up by other elements, such as text, photos or illustrations. White space can be any color, as it refers to the background of the design.

The importance of white space:
While images and fonts communicate a message, white space can be used to enhance and clarify the important information. You’ve probably heard of the phrase ‘less is more’? Well, it’s almost always the case when applied to design.

This website is a very handy design and layout program that will ensure your folio looks creative and professional.

Q5. (3 marks)
Describe how you intended to engage the specific audience for which you designed your media product.

All media products are designed with an audience in mind. All creators of media ensure they are implementing the code and conventions aligned with their media form.

Here you discuss what your media form was – Moving Image / Print etc.

For example:
The use of white space was the centre of my composition of my photography sequence. I understood that by using a large amount of white space above my object allowed my audience to focus on the main attraction. It gave depth to my final product and allowed the eye of my audience to feel the empathy for my portrait.

The convention of sound, in particular non-diegetic was the focal element to my moving image. The use of foley was included in the post production stage of my creation to enhance the mood and give life to the narrative for the audience.

Q6. (6 marks)
Describe how the media codes and conventions that you explored were applied in your media production design. In your response, refer to narrative, genre or style.

This response requires you to use media language and describe how the code and conventions you revealed were applied to your folio and link this description to one of the following – Narrative / Genre or Style. You could discuss two of these if you wanted to. It wouldn’t get your more points but some students will find it easier for a six mark question to look at two.

For example:
While images and fonts communicate a message, white space can be used to enhance and clarify the important information. You’ve probably heard of the phrase ‘less is more’? Well, it’s almost always the case when applied to design. I found this relevant to my media production design. I was able to identify that the convention of leaving negative space above my portraits allowed the narrative of grief and loss to be explored by my audience.

White space funnels your eye towards the content and allows your message to stand out. Clarity doesn’t mean boring design; rather a strong design will speak for itself rather grabbing for the audience’s attention. I wanted my audience to experience the emotion on the portraits face, to express the narrative of, ‘hard, mysterious life’. I felt by leaving an amount of negative space the portraits eyes amplified their grief, therefore propelling the narrative to the audience.

For example:
Non-diegetic sound was a convention that I relied on to propel the narrative and inform the audience that my short film’s genre was a psychological thriller. Audience expect to hear certain sounds when presented with the thriller genre. The use of a waterphone was a foley sound that I researched in the development stage of my media production design. Evidence from my concept testing revealed that when humans heard the waterphone they immediately referenced, scare, isolation and intimidation. All of these adjectives align themselves perfectly with the psychological thriller genre.

Audience is one of the most important considerations when planning a media product. Concepts are just ideas until they reach an audience and the impact you intended is realised. Understanding the audiences’ knowledge of your subject matter is fundamental to forming a clear picture of whom will be consuming and enjoying your media product and essentially the narrative you wish to tell.

In order to gain advice from my audience I put together a series of questions around my media production. I printed several screen shots that I took of my short film and allowed my audience to sit with each image for three minutes before revealing what their suggestions were. At this stage of the feedback cycle I didn’t provide any sound to audience. I wanted them to sit with the visual without having the hearing sensory. I then asked the following question, “What sound do you expect to hear? And what emotion will this draw your attention too?”.

After collating eight responses to all my six screen shots I discovered that some of the sounds I was planning to use in my media product did not align with my audience expectations. They wanted to hear something different or in fact hear nothing at all. They wanted the, ‘less is more’ impact. I was then able to go back in post-production and edit out the unnecessary sound, which inturn created a deeper impact of my audience.